I recently took a cruise that began in Iceland, then visited a number of locations along the southwest coast of the island, from the southern tip up across the Arctic Circle. The scenery is stark and dramatic, and the towns picturesque. What’s there for knitters? More sheep than you would think, and musk oxen!

The village of Qassiarsuk doesn’t look like a tourist attraction, but it’s far more interesting than I expected. It’s the place where Leif Ericsson established his farm after he and his father, Eric the Red, left Iceland. There are quite a few Norse archaeological sites. Many aren’t much more than moss-covered stone rectangles, but they’ve been rich sources about early Norse life. There’s a reconstructed longhouse, a reconstructed church, and a reconstructed Thule-culture home.

Qassiarsuk is also the place where sheep farming was introduced to Greenland, in the 1920’s. The original sheep farmer’s house is preserved as a historical site. The sheep are very similar to Icelandic sheep. As it was early June, lambing was still happening. 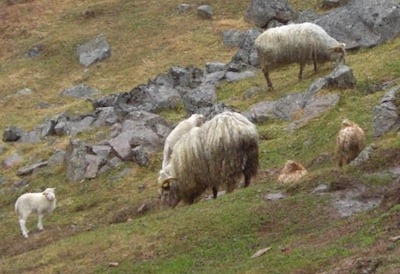 In nearby Qaqortak, I found some Greenlandic wool yarn, although it was spun in Denmark — I’m told there’s no spinning mill in Greenland (the same is true for the qiviut, described below). It’s a worsted-weight two-ply, very much like Lopi though plied.

The cruise continued farther north, up the coast. Dramatic scenery, colorful towns, no more sheep past the Arctic Circle. 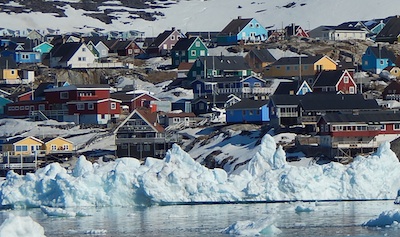 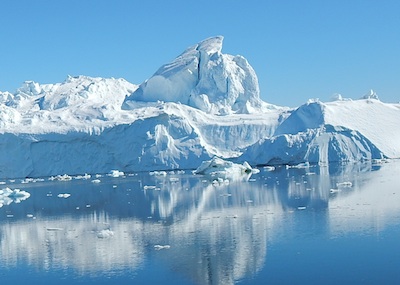 And musk oxen! We took a hike at an abandoned radar station, where musk oxen and reindeer had been reintroduced some years ago. Plenty of the creatures were hanging around: 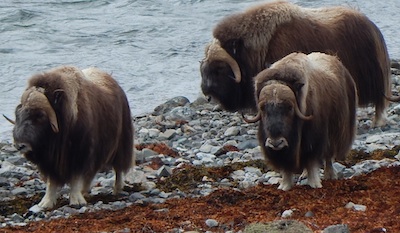 Though some of them took off over a hill when they saw humans (look, a baby!): 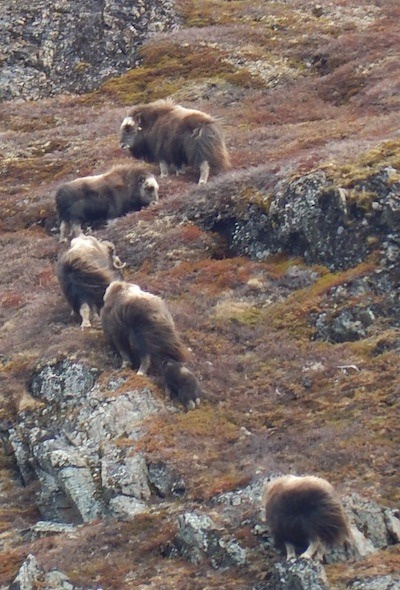 In the capital of Nuuk and in the second-largest city, Sisimiut, I was delighted to find a qiviut yarn store (called “Qiviut”.) 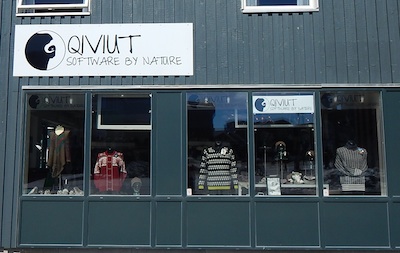 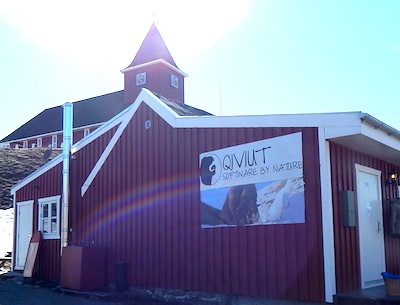 Both shops had walls of wool yarn, mostly Danish, and lots of finished goods for the tourist trade. 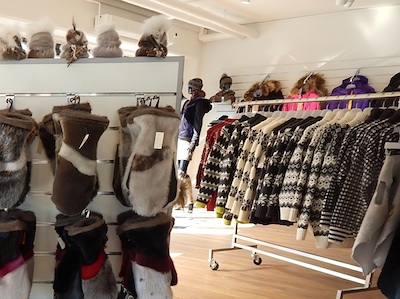 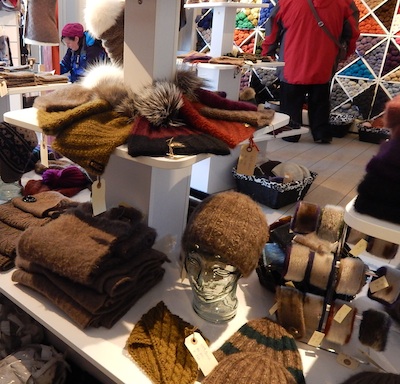 Best of all was a selection of qiviut yarn in two weights, lace and sport, in an assortment of natural and deep dyed colors.

I even found some in a tourist information office in Illulisat. 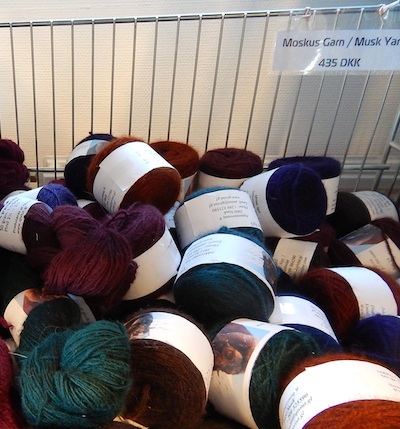 OF COURSE I took some home. After asking some questions, I realized that most of the qiviut fiber comes from animals that have been slaughtered for meat. Greenland has some large herds of musk oxen, and there’s an annual cull to keep the population stable. Only a little fiber is picked up off the tundra as the animals shed. Greenland’s traditional hunting culture is still pretty obvious, with seal and whale meat available just about everywhere.

So I had to reconcile myself to that idea. After all, some of the bison fiber we have in the US comes from meat animals, too. I’ll still enjoy knitting with this beautiful yarn.